This enthralling fort is just opposite to Prabalgad fort and clearly visible from Mumbai-Pune highway. According to ancient tribals, the fort was built for a queen named Kalavantin. Steps leading up to the fort have been cut into the rock face of the hill. From the peak of this hillfort you can see Matheran hill, Chanderi, Peb, Ershal, and Karnala forts and also Mumbai city. ​On every Holi (Shimga) Festival, the Adivasi People of Machi-Prabal village observe the custom of dancing at the top of Kalavantin fort. These people have a long-standing relationship with this fort and it has become a part of their heritage.

This fort was built to keep an eye on the ancient ports of Panvel and Kalyan. From the study of the caves in this fort, it is estimated that it belongs to the time of Buddha. The Shilahar and Yadav dynasties made it an army camp because of the strong man-made caves engraved in this fort and named it ‘Muranjan’. It was believed to be built at the time of the Bahamani Empire. Later, it came under the Nizam Shahi dynasty of Ahmednagar. When the Nizam Shahi dynasty was on the verge of collapse, Shahaji Raje came to their support, but the Mughal emPeror Shahjahan and Adil Shah of Vijapur sent their army separately to defeat Shahaji. When Shahaji came to know this, he moved his army to fort Kondhana and Murumbdev. He then requested help against the Mughal and Adilshahi forces from Siddhis of Janjira, but was refused. Shahaji then tried to get help from the Portuguese in the city of Chaul, but failed again. Finally Shahaji, with his wife Jijabai and son young Shivaji moved on to Muranjan fort along with army. Later in 1636, Shivaji left Muranjan fort. In the same year, the agreement of Mahuli was made according to which the North Konkan went under the Mughal Empire who granted authority to Adilshaha of Vijapur to rule the area in return for tribute. Shivaji grabbed this opportunity. He defeated and captured the Javli area. At the same time, a brave Sardar of Shivaji, Abaji Mahadev won the area of Kalyan, Bhiwandi and Rayri. At that time fort Muranjan came under swarajya of Shivaji. Shivaji changed the name of this fort from “Muranjan" to "Prabalgad" (Prabal means "strong"). Later on, in 1665, according to Treaty of Purandar, Prabalgad was one of the twenty-three forts which were handed over to the Mughal empire. The Mughal Sardar Jaysingh placed a Rajput named Kesarsingh Hada in charge of the fort Prabalgad. In 1658, the Marathas under Shivaji took the fort once again. The Mughal Sardar Kesar Singh committed suicide realising that defeat was imminent. The Rajput ladies in the fort commited Jauhar (self-immolation) to escape dishonour. The mother and son of Kesar Singh who had hidden themselves in the fort were granted freedom by the order of Shivaji. In the investigation of the fort, enormous wealth was found. 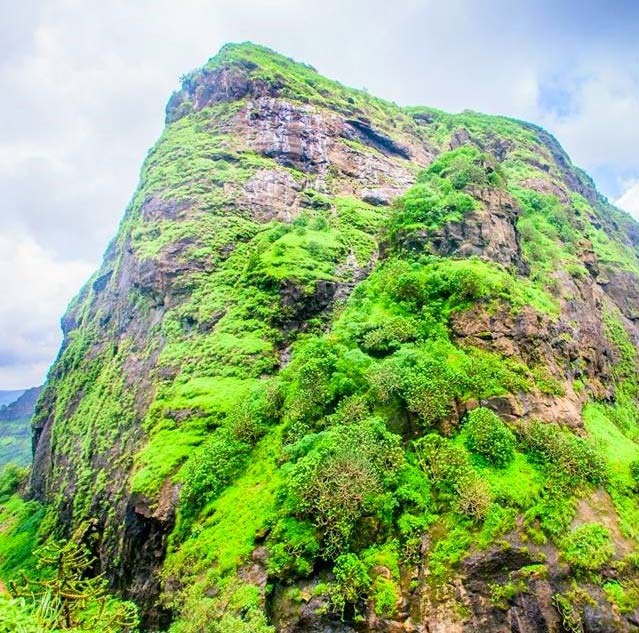 How To reach Here?

For Self-Driving to base village Thakurwadi
The fort is located on the adjoining mountains of Mumbai Pune highway near to Panvel. It is located at a distance of 46 kms from Mumbai and 116 kms from Pune.
Shedung fatta located on the expressway (old Mumbai Pune highway) act as the gateway channel for reaching the spot Thakurwadi, which is the base village for trekking is located at a distance of 7 kms from Shedung Village.
For People reaching Thakurwadi by Hired Transport
Thakurwadi can be easily reached by boarding 7 seater minidor auto-rickshaws from Panvel (or) by boarding state govt. buses from Panvel depot (7 timely trips per day) Autos Rickshaws (from Panvel to Thakurwadi) for group pertaining to 7 to 8 people may be facilitated for travellers on special request at a cost of 600 to 700 per trip.